On November 15, 1966, two young couples from Point Pleasant, West Virginia encountered; what they described as a large winged man with glowing red eyes. This would be the first of many sightings of the creature that would be dubbed the “Mothman” by local papers, and ushered in a year of terror for the small town. A year that would not only be marked by several sightings of the creature, but a rash of other strange sightings of aerial phenomena, strange noises, bizarre phone calls, disappearances, and the convergence of the so-called “men in black” on the community. A local reporter named Mary Hire prints the eye-witness accounts of the Mothman, and other strange reports while, just across the Ohio River in a neighboring town, one Woodrow Derinberger had a series of encounters with a strange being from the stars who called himself Indrid Cold. While Mary struggles to keep up with the strange events, and Woodrow goes public with his story, Point Pleasant seems is in the grip of panic, and hysteria. As the sightings intensify, and strange reports grow even stranger still, all activity comes to a screeching halt, when on a cold December evening the town suffered a great tragedy. For seemingly no reason at all, The Silver Bridge, the main artery connecting two towns separated by the Ohio River suddenly, and unexpectedly collapsed sending dozens of people into the icy depths of the river, which would be, the climatic, and terrible end to the supernatural events that haunted the town for just over a year. We focus a great deal on the Mothman itself because it is such a strange and beautiful image and what originally peaked our interest however the piece is meant to convey the overall sentiment of this time, in this specific place: the fear, sadness, and the lack of comprehension. During the Puppet Lab 2013 performance, we used puppetry, and sound to dramatize the reports from eyewitnesses, and the terror, and confusion they must have experienced. We depicted the Mothman several different ways, and used different puppetry disciplines depending on individual accounts. Some describe the Mothman as a spirit or ghost, while others offer a more corporeal account. With the variety of ways we depicted the Mothman we created an overall “vibe” to the town and the hysteria that ensued which was the thru line of the piece. 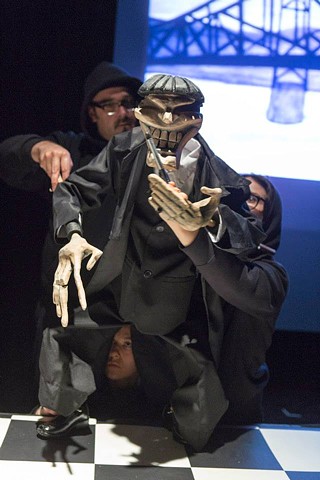 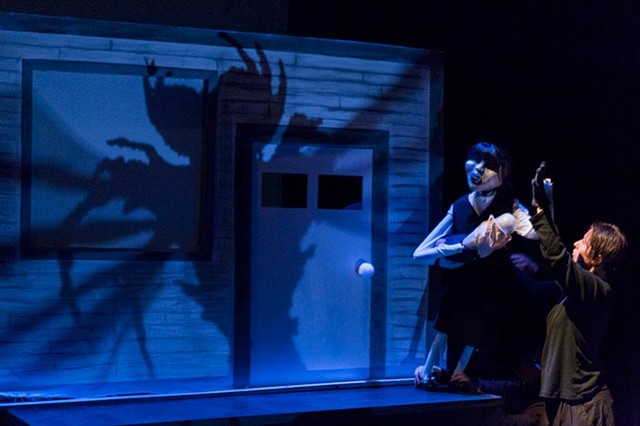 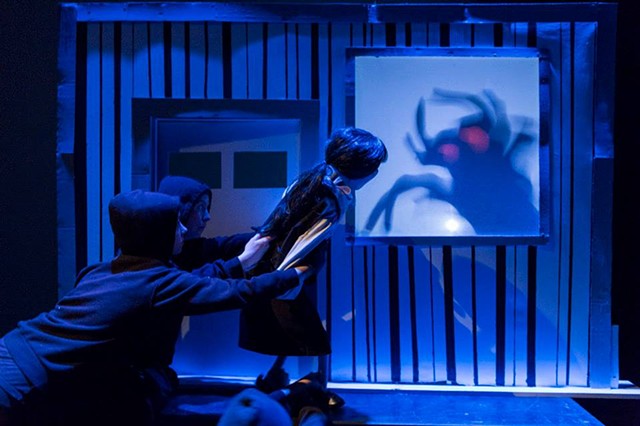 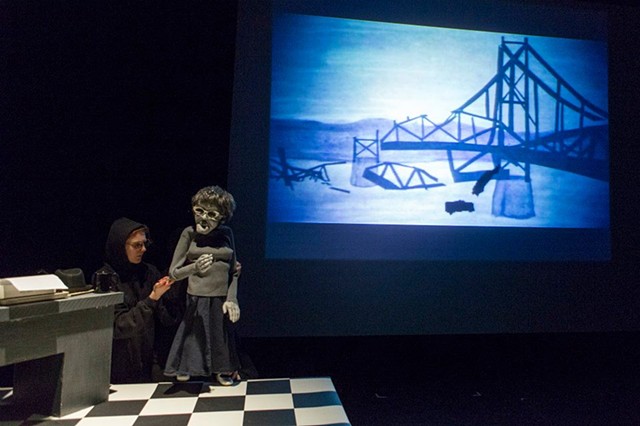 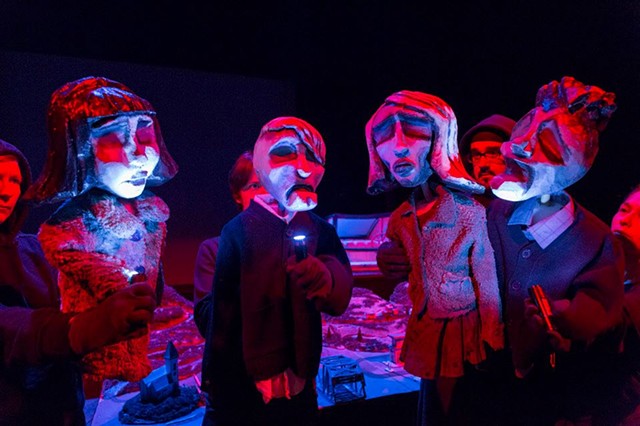 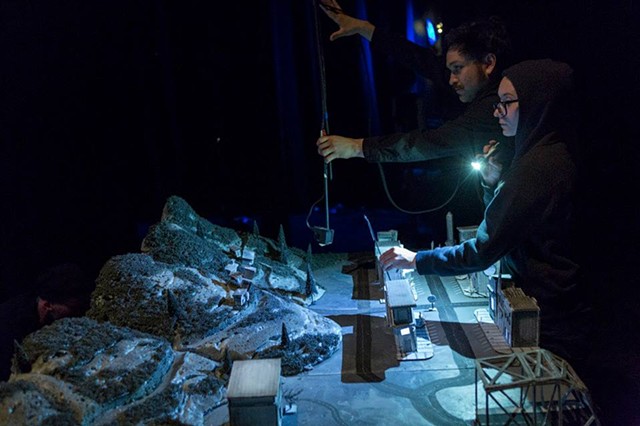 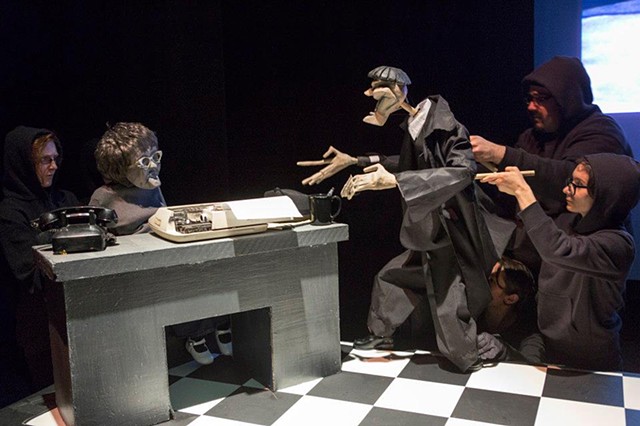 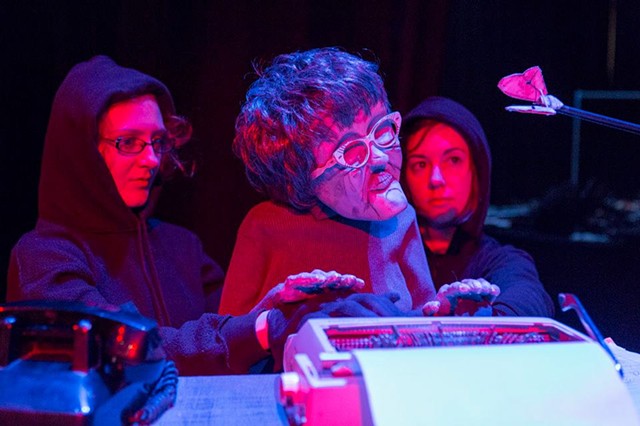